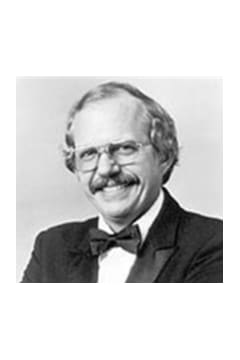 Pat Patterson, 81, passed away on Sunday, January 15. He was born and raised in Salina, Kansas by his parents John Dewey and Cecile Patterson. They preceded him in death as did his brother, Donald Patterson.

He was a graduate of Kansas State University where he began his career in radio. He spent the next 60 years as a radio personality, entertaining people with his quick wit and sharp humor.
He is most well-known for his time spent as the morning radio star personality on WKIX 850 AM in the 1970's but he also spent quality time locally at WQDR and WDNC as well as various stations in the northeast and midwest.

He recorded 3 comedy albums and helped produce numerous local radio programs.
He received many awards and recognition throughout his career including Billboard Magazine awards, induction to the NC Broadcasters Hall of Fame, Order of the Long Leaf Pine and Tarheel of the Week.

He was proud of his many years of involvement with the Duke Children's Classic Golf Tournament beginning at its inception in 1972.

He led an active lifestyle, playing baseball and basketball in his earlier years then in his later years, tennis and golf. For many years he and his wife Becky enjoyed beach time at their condo at Pine Knoll Shores.

Two Flags over Fuquay shall be flying their flags at half-mast in his honor.

In lieu of flowers, memorial gifts may be made to Duke Children's Hospital at
Dukechildrens.org.