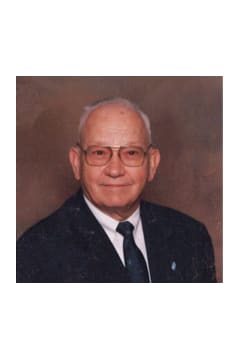 Stefan (Stephen) Piotrowski, 82 of Raleigh, died after a long struggle with Dementia on Tuesday, July 12, 2016, in Raleigh, North Carolina.

He was born on January 07, 1934 in Aliquippa, Pennsylvania to late Alexander and Stanislawa Piotrowski. He was one of six boys in the family. In 1963, he married Nancy Lipinski. Together they raised their children Patty, Alex, Stephen, and Theresa.

Stephen was a graduate of Aliquippa High School (Pennsylvania). He served in the Army from 1956 – 1958. He worked as an electronic technician. He was involved in many Church ministries at Saint Raphael’s such as Rite of Christian Initiation of Adults, Eucharist Minister, Catholic Parrish Outreach and community services such as Habitat for Humanity, Warmth for Wake and Food Bank, just to name a few. Stephen was forever reliable and was always ready and available with fatherly advice. He enjoyed Family time and helping others.

In lieu of flowers, memorial donations may be made to the Alzheimer's Association Eastern North Carolina http://www.alz.org/nc/

The Piotrowski family are in my thoughts and prayers during this time of loss. May you hold fast to your memories. Mr. Piotrowski was a wonderful man!
- Jamie Cecil Pope
Sending the family our thoughts and prayers. Steve was so nice to our mother/mother in law, Frances Mills, when he took communion to her as a Health Care Minister. She loved having him visit her. We will never know how many lives he touched with his love and compassion for others. Certainly, there was a crown waiting for him in Heaven. Chris and Jim Mills
- Chris Mills
My Thoughts and Prayers are with the entire Piotroski Family
- Mark Ennis
So sorry for your loss, always loved when cousin Steve came to visit. Loved his smile.
- Leona Petrosky Lombardo
I had the privilege of working with Steve for a number of years and though he was older than me I found him to be of excellent character and a great work ethic- I don't think I've ever worked with anyone that was more willing to work than Steve! He had a great personality and gentle care for others that shone through.He loved his family and his church and talked of them all the time! I loved to look at his face- a gentle smile with a sparkle in his eyes. Always happy! He never failed to cheer me up in any situation. I really do count him as a good friend and look forward to seeing him again when my time for heaven comes! Nancy has been a real trooper caring for and encouraging Steve all through his medical issues. Undoubtedly Steve is one of the finest men I have ever known!
- Lloyd Price
We truly are sorry to know that our dear Cousin Steve has passed away. He was loved by us and we will miss him. We send our Payers to Steve and his Family. Cousins, Theresa & JImmy Donati
- Theresa & Jimmy "John" Donati
Lit a candle in memory of Stefan Piotrowski
- Katherine
Lit a candle in memory of Stefan Piotrowski
- Cathy Lombardo
Steve was truly a man of prayer. He expressed his unique call and relationship with God this way: ""I, Stefan Piotrowski, accept the responsibility to stand in my ministry knowing God as a LOVING SHEPHERD, and by my life of prayer I must help Him Shepherd His People by sharing my faith with them." May the Loving Shepherd receive him now into His loving arms. Rev. Timothy M. Hayes, Columbus, Ohio
- Rev. Timothy M. Hayes
So sorry for your loss. Prayers to each of you Richard Edwards
- Richard Edwards
Lit a candle in memory of Stefan Piotrowski
- Marek Wiktor
Love and prayers for the Piotrowski family. We will miss Steve's steadfast faithfulness at Mass. We are grateful to have known him. Deacon Lou and Susan Clark
- Susan Clark
Lit a candle in memory of Stefan Piotrowski
- Heather